This months Tank Spotlight goes to Gablami. Congrats on being the 1st of the New Year
G

Thanks @tankguy for starting the thread, and @Chromis for nominating me and forcing me to stop lurking.

This tank is definitely a work in progress. Eventually I hope this will be an SPS dominant tank, but it's still a relatively new tank and just starting to grow into where I want it to be. About 8 months ago, I burned a bunch of my acros by turning up LEDs too fast, and many of them slowly died away. I am still recovering from that, but just about all my acros are encrusting, and the ones that survived are slowly growing over the old skeletons. Not much to see there, so not going to share much on that now. Hopefully in the future, I'll have some nice acropora pics to share.

Tank: I started with a 525xl Reefer about 2 years ago, which is a 110 gallon display. It has a 30 gallon sump. About a year ago I added a frag tank on the side, plumbed into the main system. It is a 25 gallon Nuvo black, with a modular marine external overflow. 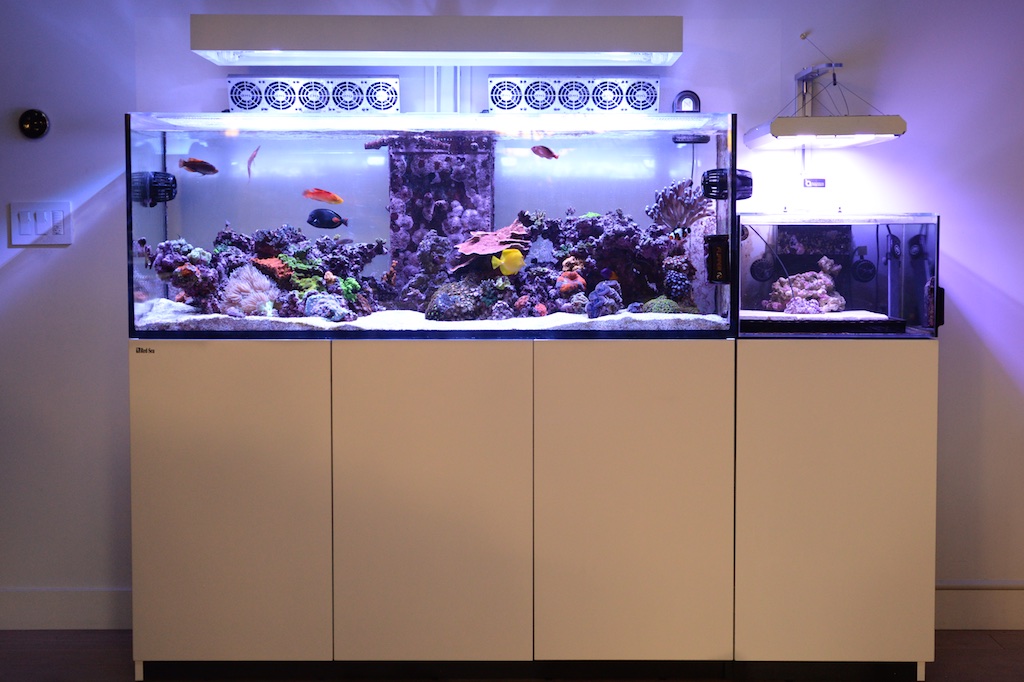 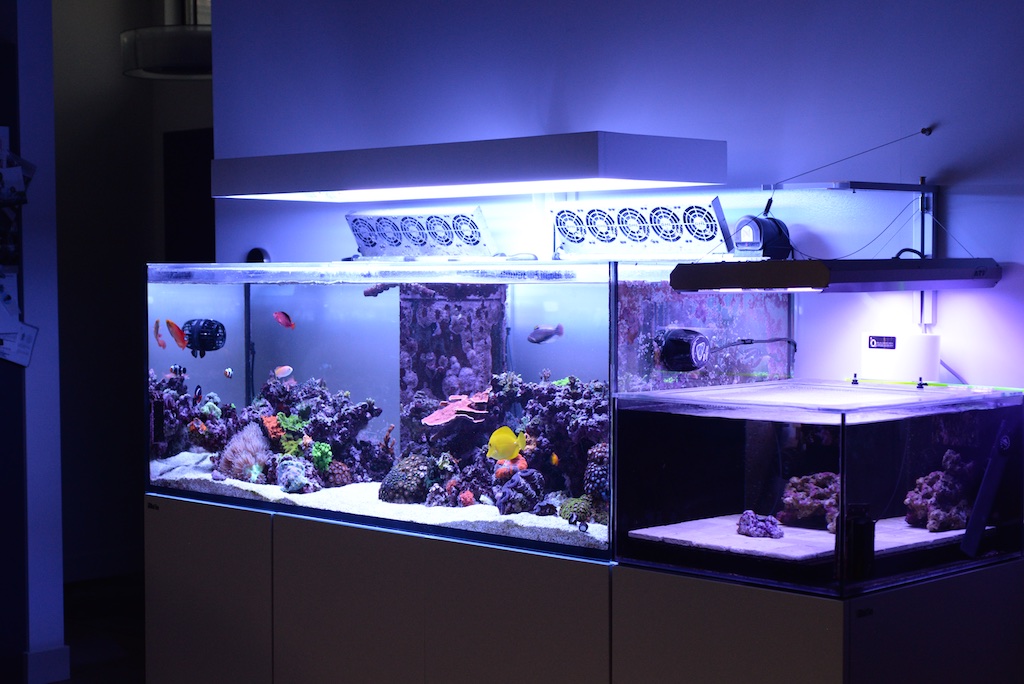 My light cycle, has peak lighting for 8 hours (when the T5 are on). The T5s do most of the heavy lifting, but the AP700s are at 20% during peak. The Kessils provide beautiful shimmer and dusk and dawn effects, allowing me to having viewing light at lower levels for most of the day. I have a Neptune PMK that plugs into my Apex, and most of my tank is in the 200s during peak.

Sump: I run sockless. I have my refugium placed before the skimmer. The fuge divider is a diagonal acrylic sheet with bulkheads drilled through it. The refugium is lit by a Kessil H150 and a grow light panel fixed to the door. The cheato growing very well right now, as I am harvesting a basketball size every two weeks. It did not always grow so well, and I have had "sudden chaeto death" syndrome like many other people.

I have a BK mini 180 skimmer, with a neck cleaner. It draws in air from a line run into my crawl space. I don't dose anything using the Dos pumps you'll see in the photos. Currently they are just sitting there unused. I run carbon occasionally in a filter bag. I run BRS HC GFO in a Avast Marine Spyglass Reactor.

I have about 10L of stacked siporax in the sump. 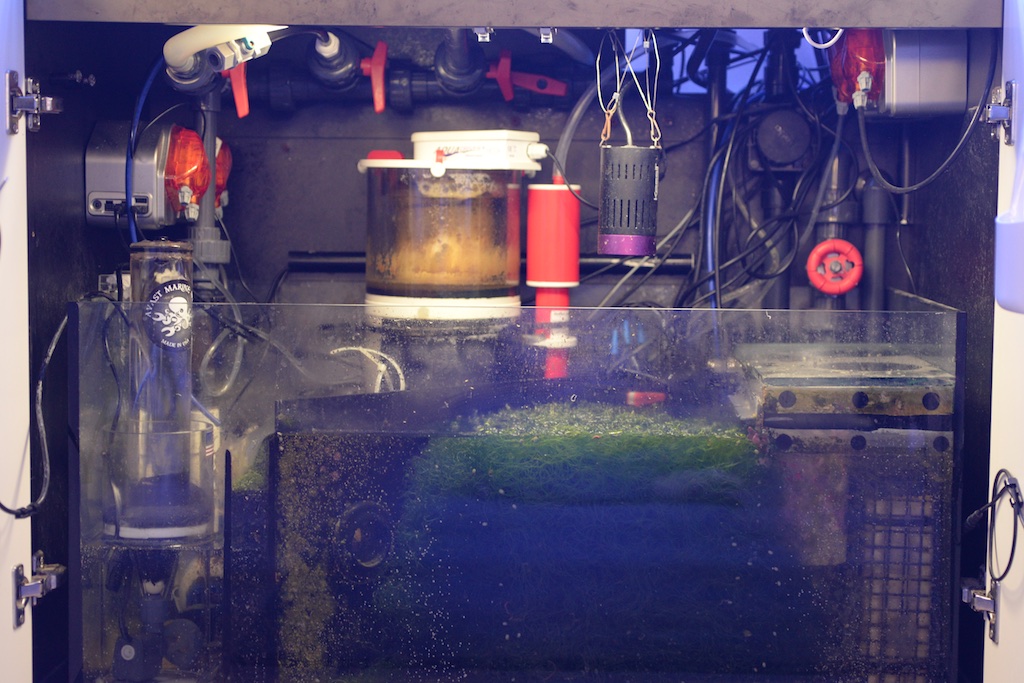 Maintenance: I have an autowater change system setup. On the side of my house, I have two 65g water containers, one for RODI and one for mixed salt water. I use Red Sea Blue bucket, and I'm very happy with it. It drops alk when in storage at a lower rate than the Fritz Pro salt (though it still happens). The AWC setup is a masterflex pump with 2 channel head. The drain is tapped into a drain in my crawlspace. I change 2 gallons per day, but perform manual water changes on top of that whenever I need water for various purposes.

I scrape the coralline off the back glass about once a month, when it starts getting ugly. I like the clear back. I feel it gives the tank a much more open feel, which goes with my aquascape. 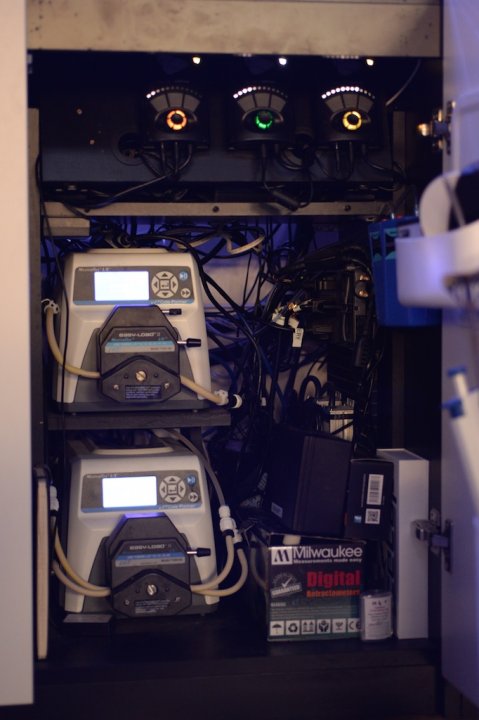 Water Parameters:
I replace alkalinity, calcium, magnesium and trace elements with a Geo calcium reactor and water changes. I maintain my alk around 8 dkh. It is also run with a masterflex pump. Currently, my carx pH is between 6.7-6.8 and my effluent is running at 25ml/min.

I keep my salinity at 1.026. I test my salinity with a Milwaukee refractometer, a Icecap conductivity probe, and a Pinpoint Salinity monitor. I have found my apex probe to be unreliable. I have multiple salinity reference solutions as well. I test with multiple devices to ensure my salinity does not drift.

I test my alkalinity with a Hanna colorimeter. I use Salifert and Nyos for nitrate, Red Sea Pro for phosphate. These are the only tests I run regularly on my tank. I have tests for other elements, but I leave it to my aggressive water change schedule to keep the parameters stable. I don't want to chase particular elements or dose various solutions.

My nitrate level is about 2, phosphate I try to keep under 0.1 with GFO. 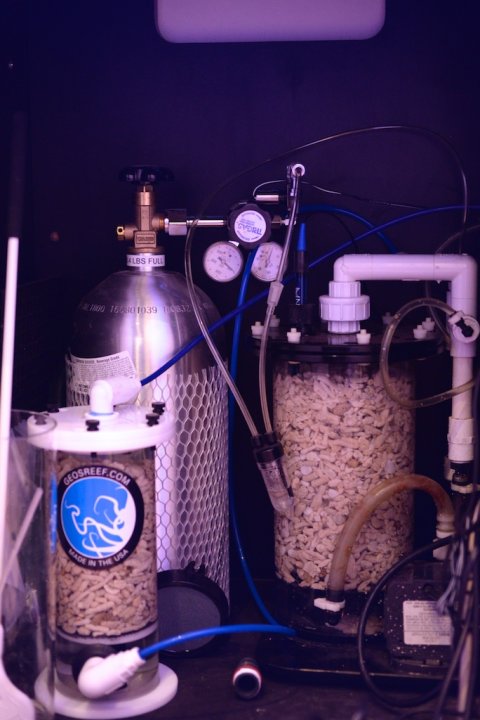 Feeding: I feed LRS Reef Frenzy daily, and use auto feeder for pellets during the day. I feed Oyster Feast nightly, and occasionally Reefroids.

Quarantine: I have a running 20g Nuvo Fusion for coral and fish QT as needed. 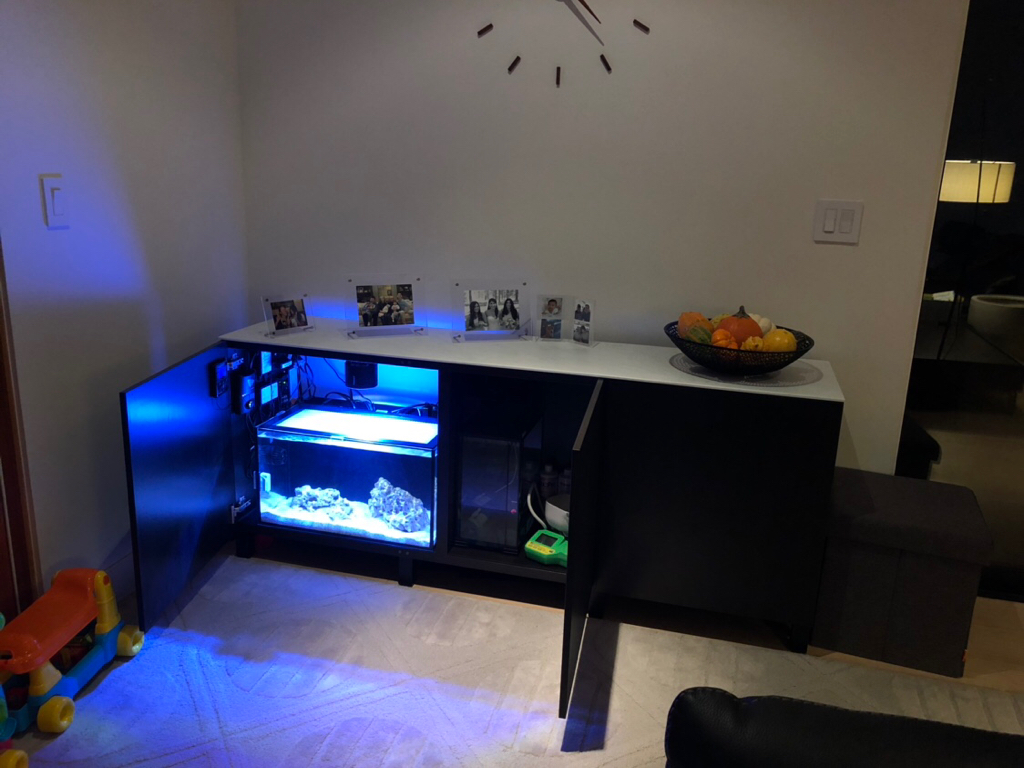 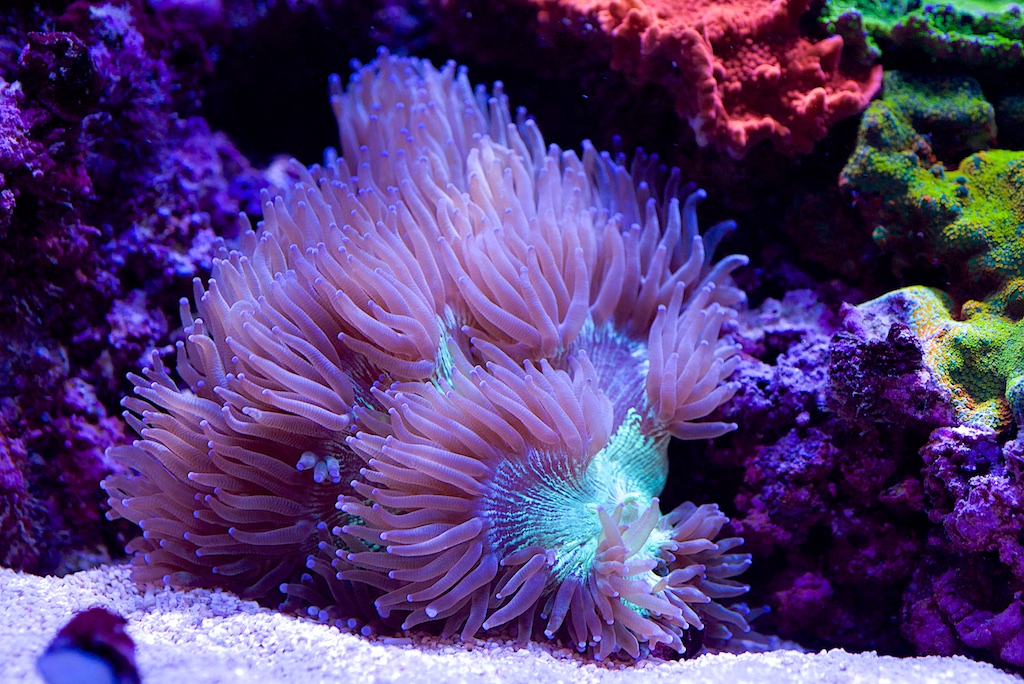 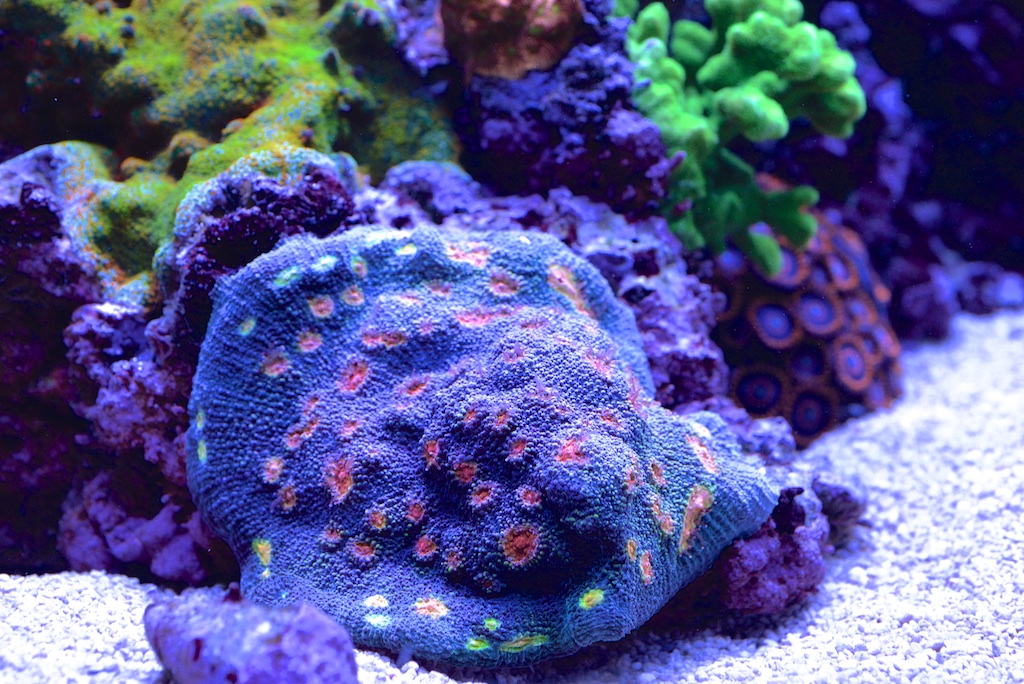 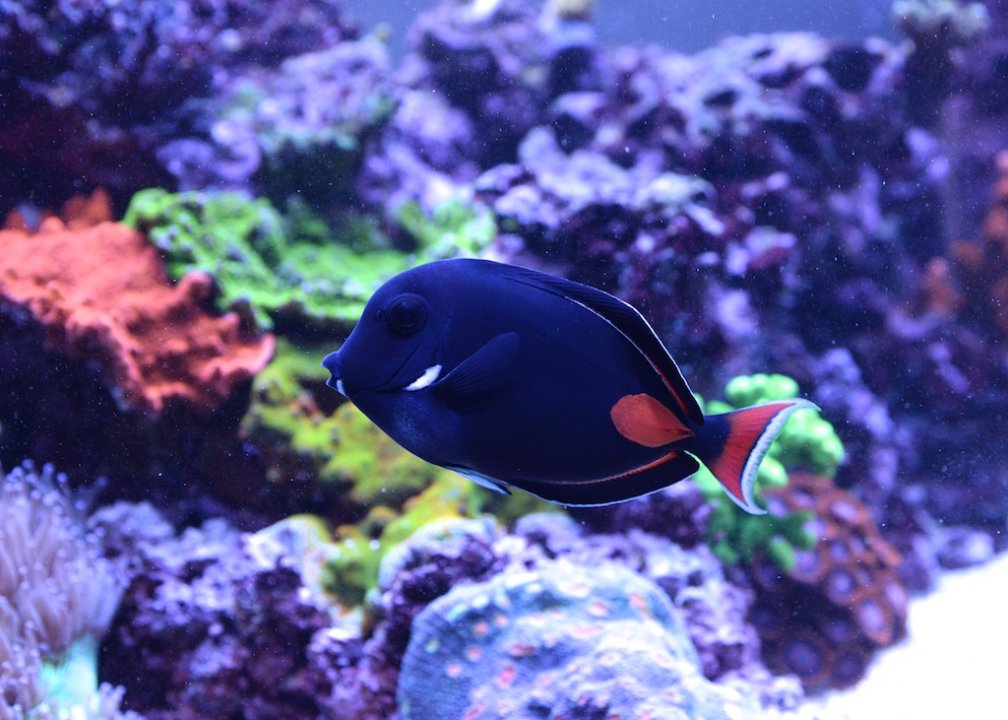 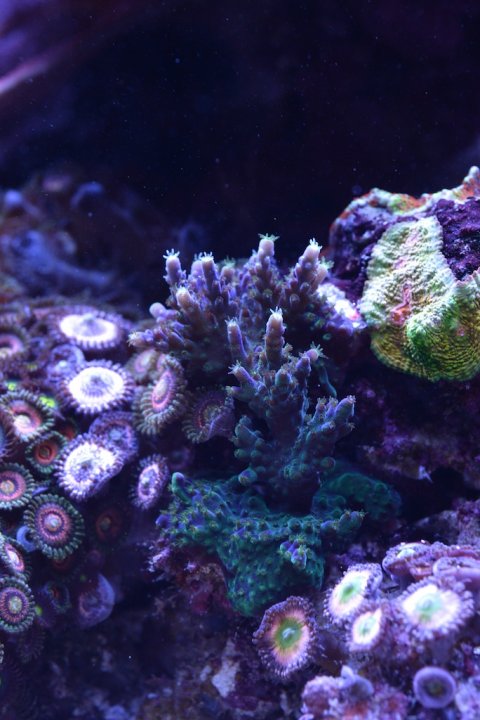 Staff member
Too many kids he has!
G

Lol, probably the same as most people, but until a month ago it was 2 under 2. Starting to let up a bit. Baby is sleeping through the night.

Gablami said:
Lol, probably the same as most people, but until a month ago it was 2 under 2. Starting to let up a bit. Baby is sleeping through the night.


Sent from my iPhone using Tapatalk
Click to expand...

Oh man. That is amazing when it happens! Baby #2 for me took almost a year until she slept through the night.

Staff member
You only have two? I thought this was three for some reason. Thought you and randy were running a race...

I have 3 and we’re in the process of adding a foster child. We also don’t have a tank at the moment though.
G 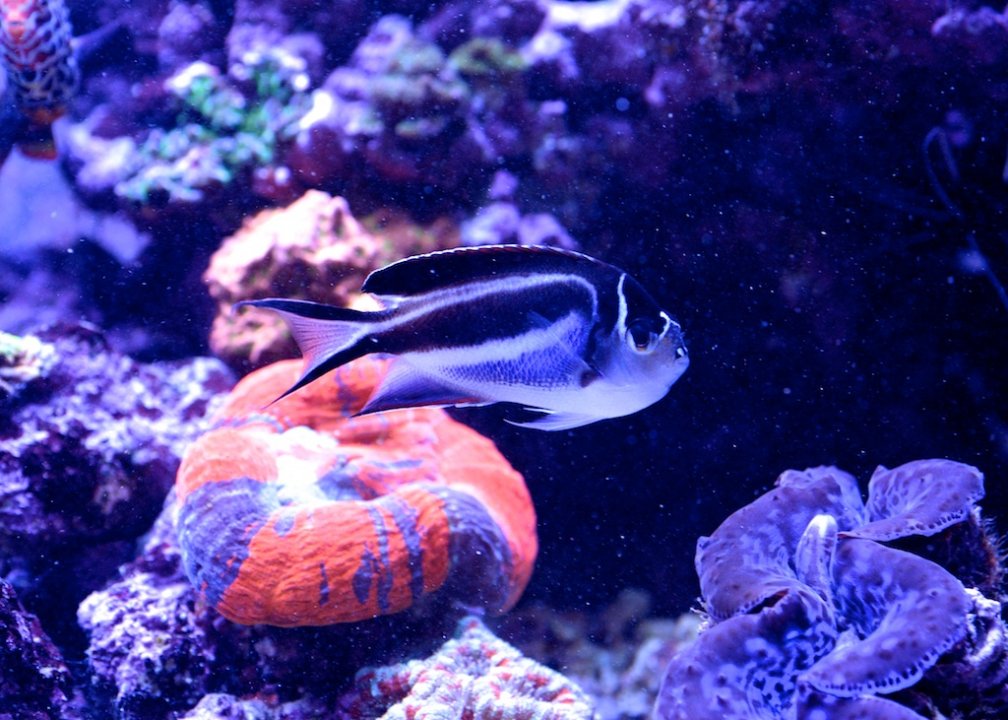 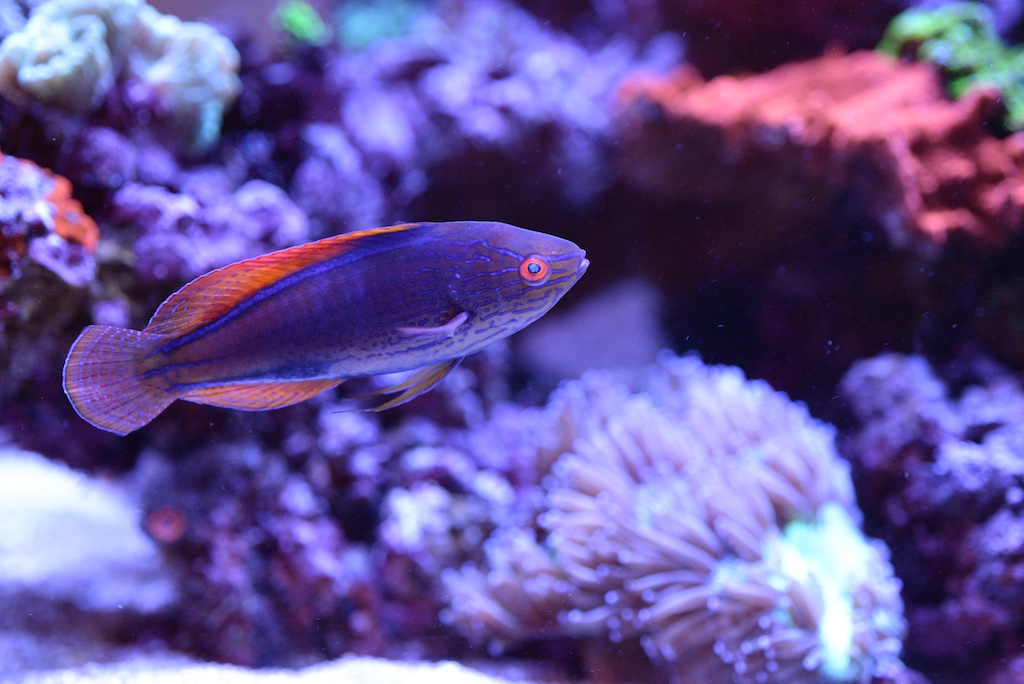 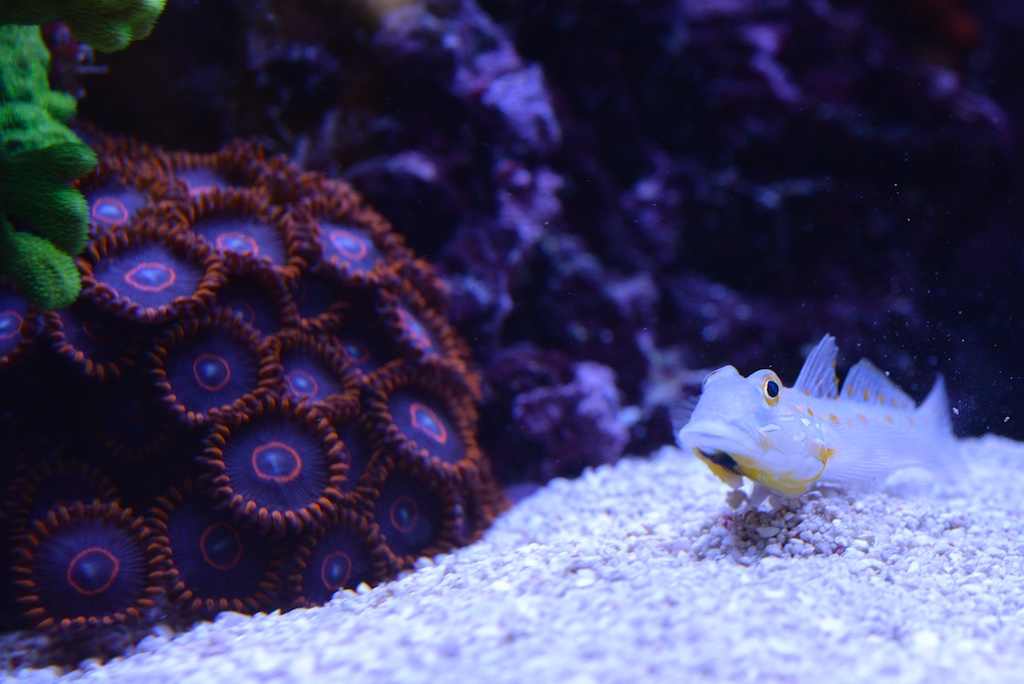 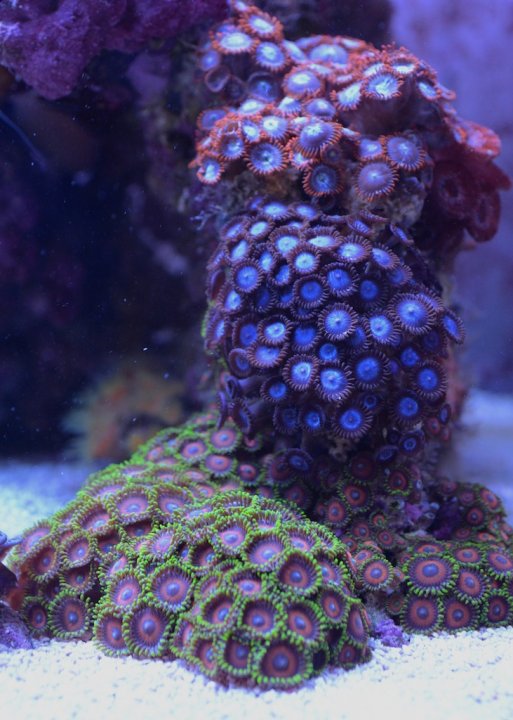 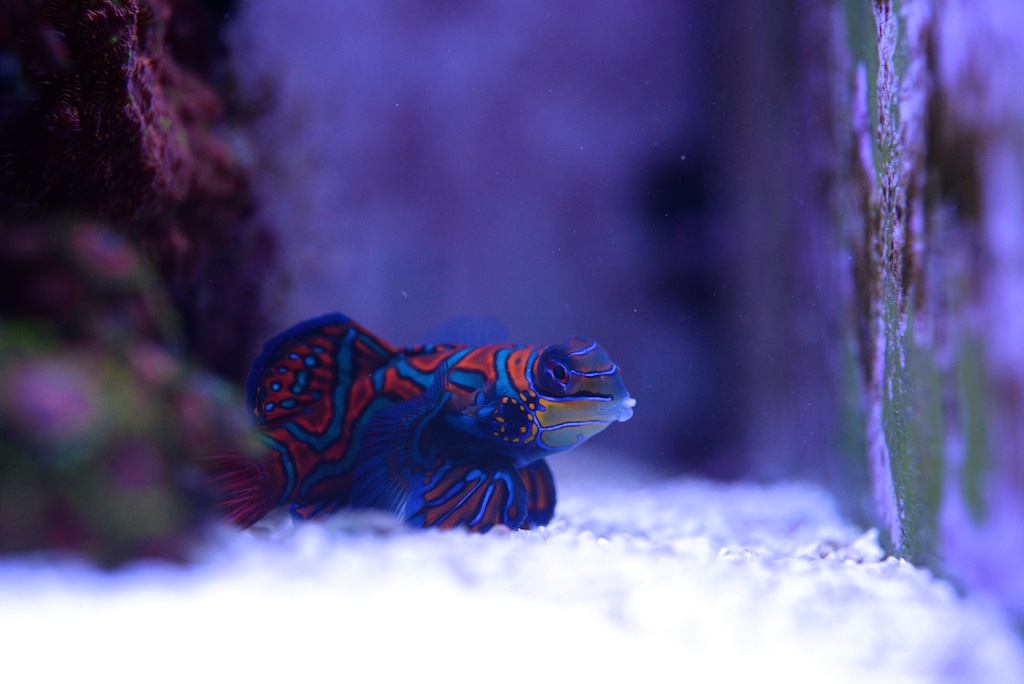 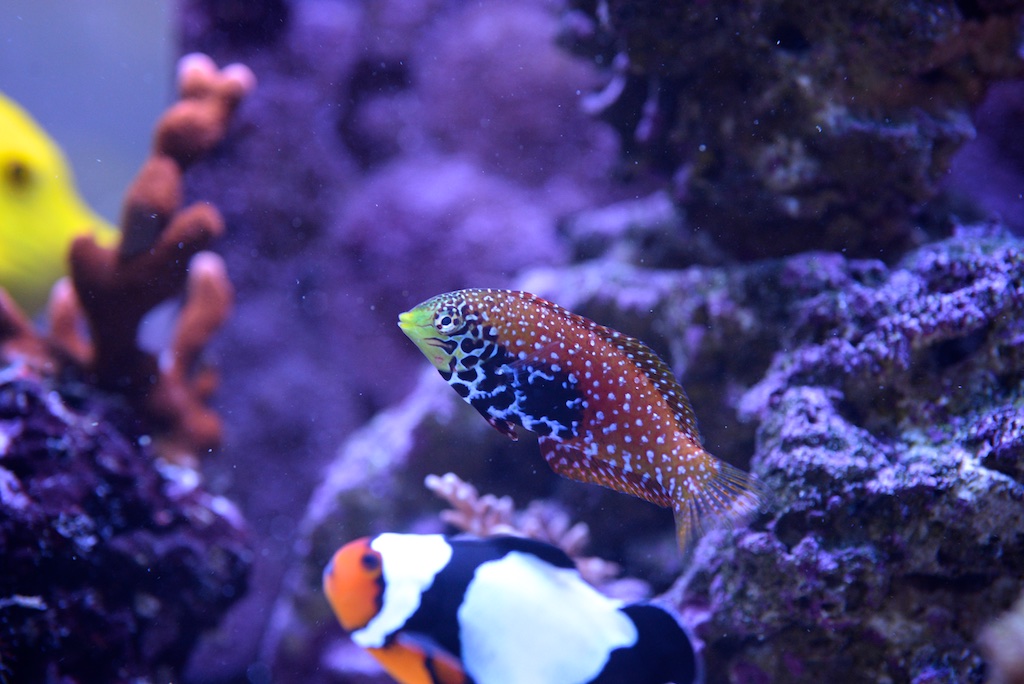 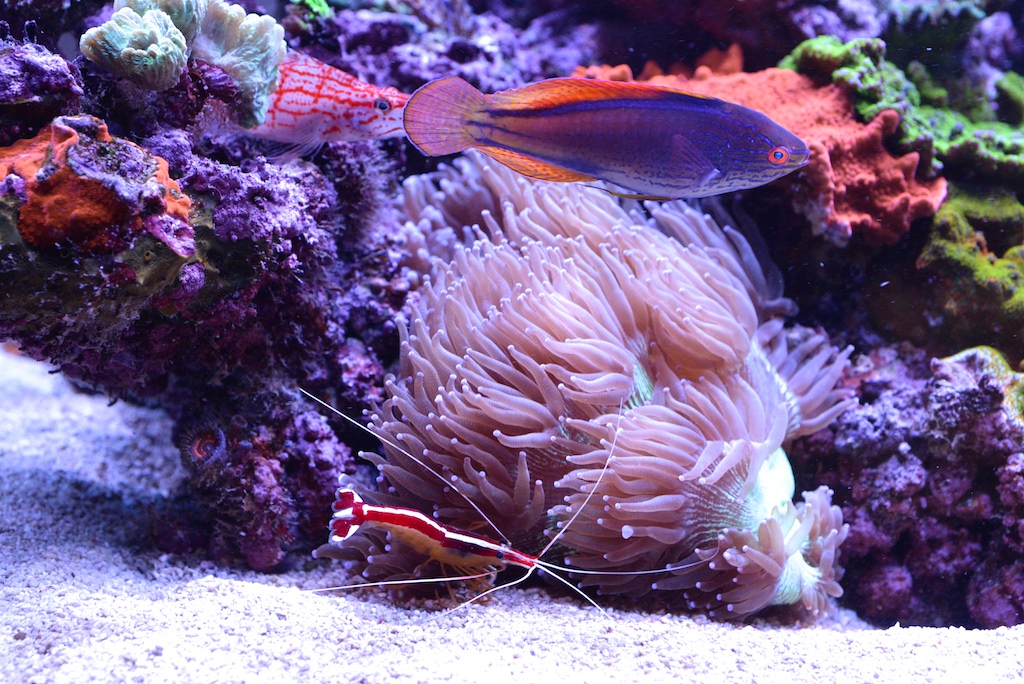 Yes, no issues with the Bellus. At one point I had a Japanese swallowtail, watanabei and Bellus, and eventually decided the Bellus was my favorite. I hope it never turns male because I like the female coloration better.

It’s going to be awesome when it all grows in!
S

I recognize the back half of the singing/riding train in the bottom corner of the picture!

Looking good! I like the clear back, I gives a sense of more depth as if the fish are in the open water.