Picked up a couple of goodies from Mike (Wip)

To be fair, he chopped up his already hacked up HW just to give me a piece. Last frag off his for a while.

And #1 in BAR lol. The dr. Suess looks cool, iridescent.

Looking good. I’ve gotten most of my nicer stuff from mike.

Rostato said:
Looking good. I’ve gotten most of my nicer stuff from mike.
Click to expand...

yeah- he's a cool guy, My first visit to him, but since he's growing out some BK pieces I want, he'll get my next couple of purchases in December

How’s the tank been?

Hey- Hope everyone is doing well and surviving!

I've been away for a bit - we all took a very long break from personal tech due to all the WebEx and Zoom activity and we've been trying to RV on weekends as much as we can.

So the tank update: While we were away a couple of months ago, my COR 20 failed and it was during some especially cold nights. I don't know exactly when it failed, but it had to have been over 36 hours because of the timing I had last checked into Fusion.

I had circulation in the tank, but not heated water (I now have a back-up heater in the tank), so the tank's temp at the time I checked it was a chilly 61. I replaced the return with a spare and brought the temp back up.

Most of the Acros had already begun to show stress and moderate bleaching, but over the course of a week, things started looking noticeably better. Then, for reasons I cannot grasp, my pH crashed to 6.9-7.1 and I could not raise it without radically altering Alk. So, I did a series of small water changes over the next few days, but I was stuck at 7.25. I changed my Co2 media (again) and kicked the skimmer on full blast, I then went to Pet Co and bought an air pump and a stone. After those were hooked up, I eked another .05 pH out over the next hour, and so I let that run for a week, but I topped out 7.32. So, I did the only rational thing I could think of: heavy water changes, which actually worked.

The Acros didn't care though. most bleached and RTN set it. I fragged and dipped, re fragged some, but was only able to save 5 pieces. I even think my tank went through a mini-cycle given all the craziness.

Anyway, fast forward to today, I'm enjoying excellent stability for a few weeks now, and those sticks I was able to save are coloring up well. I'm going to give it a few more weeks before I think of adding something.

Nice to see ya Mike. I wonder what would cause the pH to stay low like that. Could the low temps have killed off some type of bacteria and then created an environment for some new bacteria to take over?

It’s nice everything is stabilizing now. Where did you put your backup heater? Would it work in the overflow or would that end up only heating the water there

max_nano said:
Nice to see ya Mike. I wonder what would cause the pH to stay low like that. Could the low temps have killed off some type of bacteria and then created an environment for some new bacteria to take over?

It’s nice everything is stabilizing now. Where did you put your backup heater? Would it work in the overflow or would that end up only heating the water there
Click to expand...

I wonder if you're right about the bacteria die off and new type of colonization.... that's a good theory and one I hadn't thought of.

For the heater, I sprung for the IM Helios because of it's safety features and mounting system. Unfortunately, the overflows of the Reefers do not intermix with the in-tank water, so it's hanging off the side of the overflow in as discreet an area as I could find.

Well, the time has come to begin adding some frags. I'm planning a few high end ones arriving next week, but these were guinea pig purchases from a local reefer who's shutting his tank down, and they have come along well.

Frag rack is in the $ again 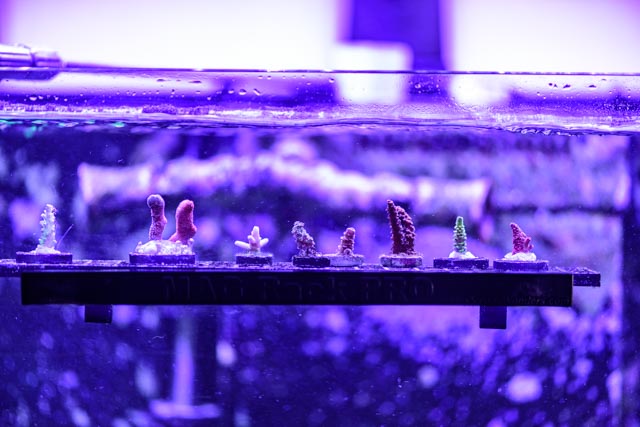 Mike Yasin said:
Frag rack is in the $ againView attachment 24518
Click to expand... 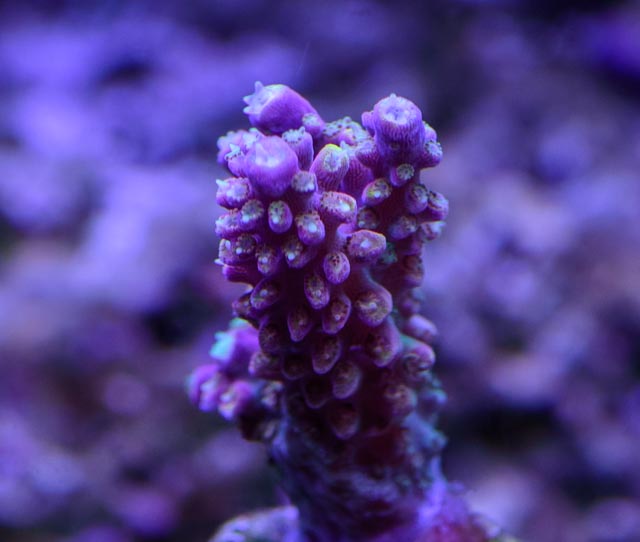 Fox Flame looking good (finally)! Funny that it actually grew during the madness even though it was colored down 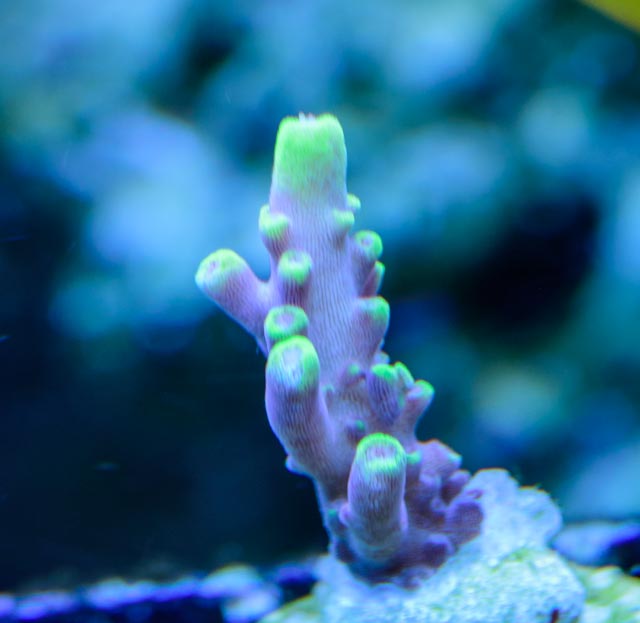