Can you ID this coral?

BARcard
I'm visiting my parents and my dad has this coral all over his tank because it grows so tall and easily. He has a very mature and successful system but doesn't know most of what his corals are actually called, he just gets what he likes and it works for him. These pictures are all of the same part of the tank, only difference is the lens I put over the phone camera. 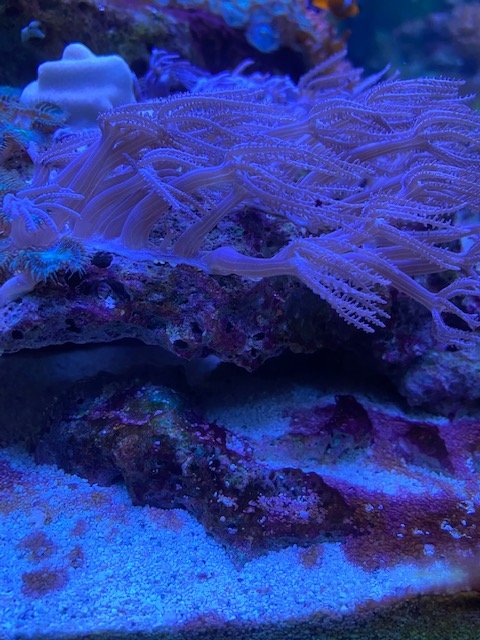 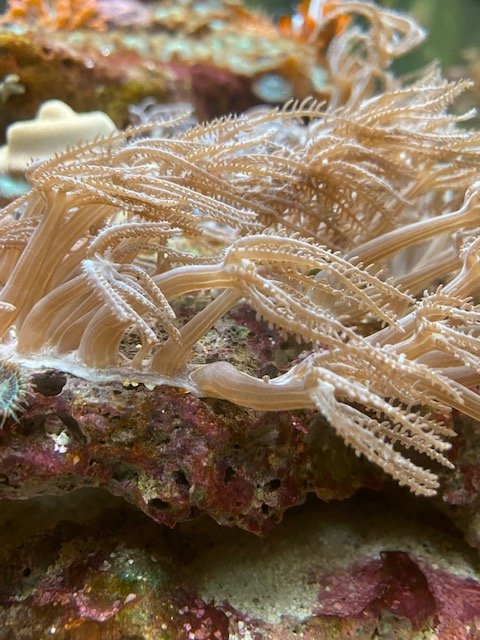 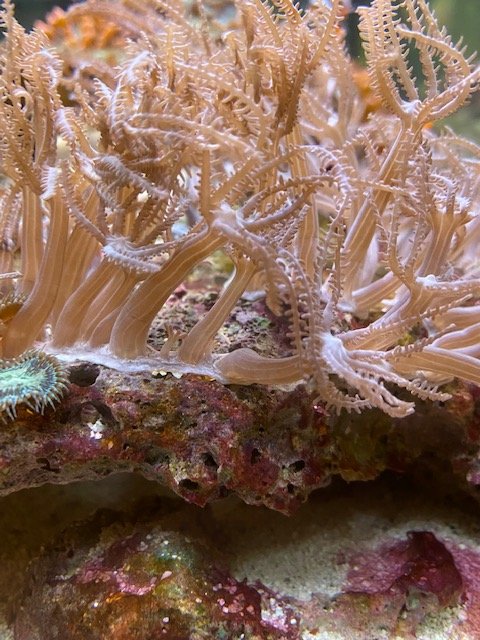 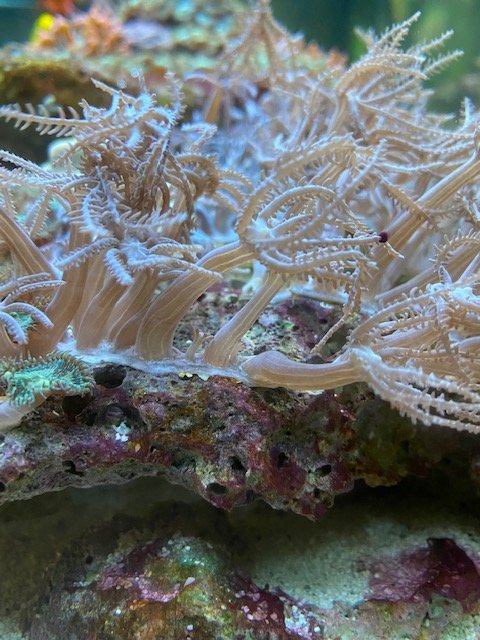 Why am I asking this question? Well, he has a monti that he bought last October that in the last ~1 week it completely turned white and is probably dead. Sounds like that happened in the span of about one day, no lighting changes or anything like that. He has noticed this coral and some zoas infringing on where the monti is at which is too bad, because the monti had grown a lot since I saw it when we put it in. It reminds me of a Kenya Tree but I really don't think that's what it is but I'm no expert. You can actually see the monti in the first two pictures near the top left.