Staff member
Will be easier said than done once they start encrusting a bunch. Always possible. Sounds like a fun plan.

Great job on the tank !

Thanks. Very much still a work in progress.


Sent from my iPad using Tapatalk

In progress of starting to upgrade the frag tank a bit as well. Just swapped out the JBJ light for 2 prime HD’s.

I wanted to be able to match the light in my display better so I can move corals back and forth from tank to tank without having too many lighting issues.

Also picking up an apex jr for the frag tank. 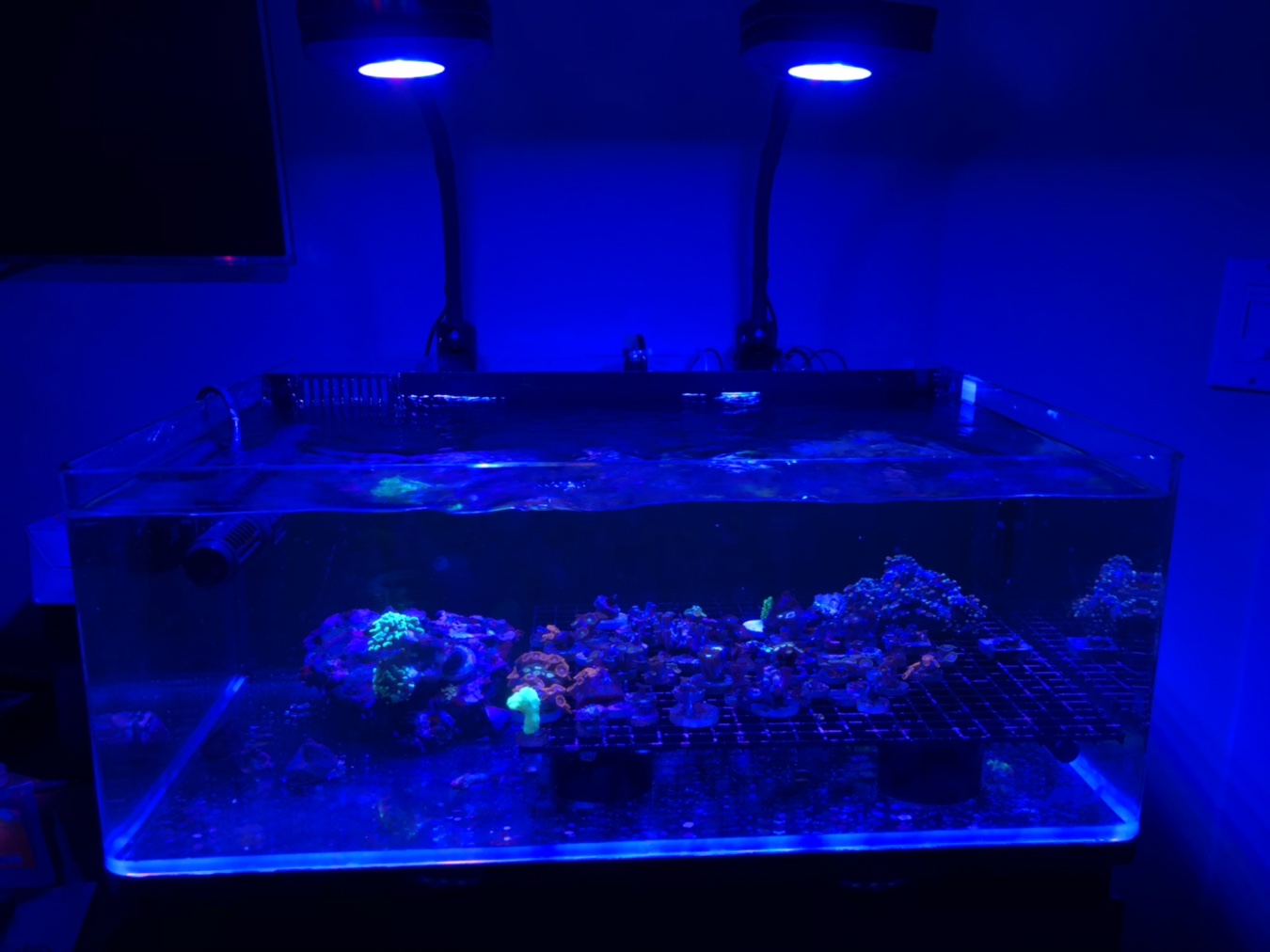 Sent from my iPad using Tapatalk

Tank is one year old!

I did find some nps corals for my dark spot but they don’t seems to be doing great. I am feeding them so we will see.

I am in the process of getting the clowns to host the BTA’s. I moved the Duncan close to the BTA’s hoping they would follow it and they did after a few days. I’ve even caught the female sleeping in the BTA’s 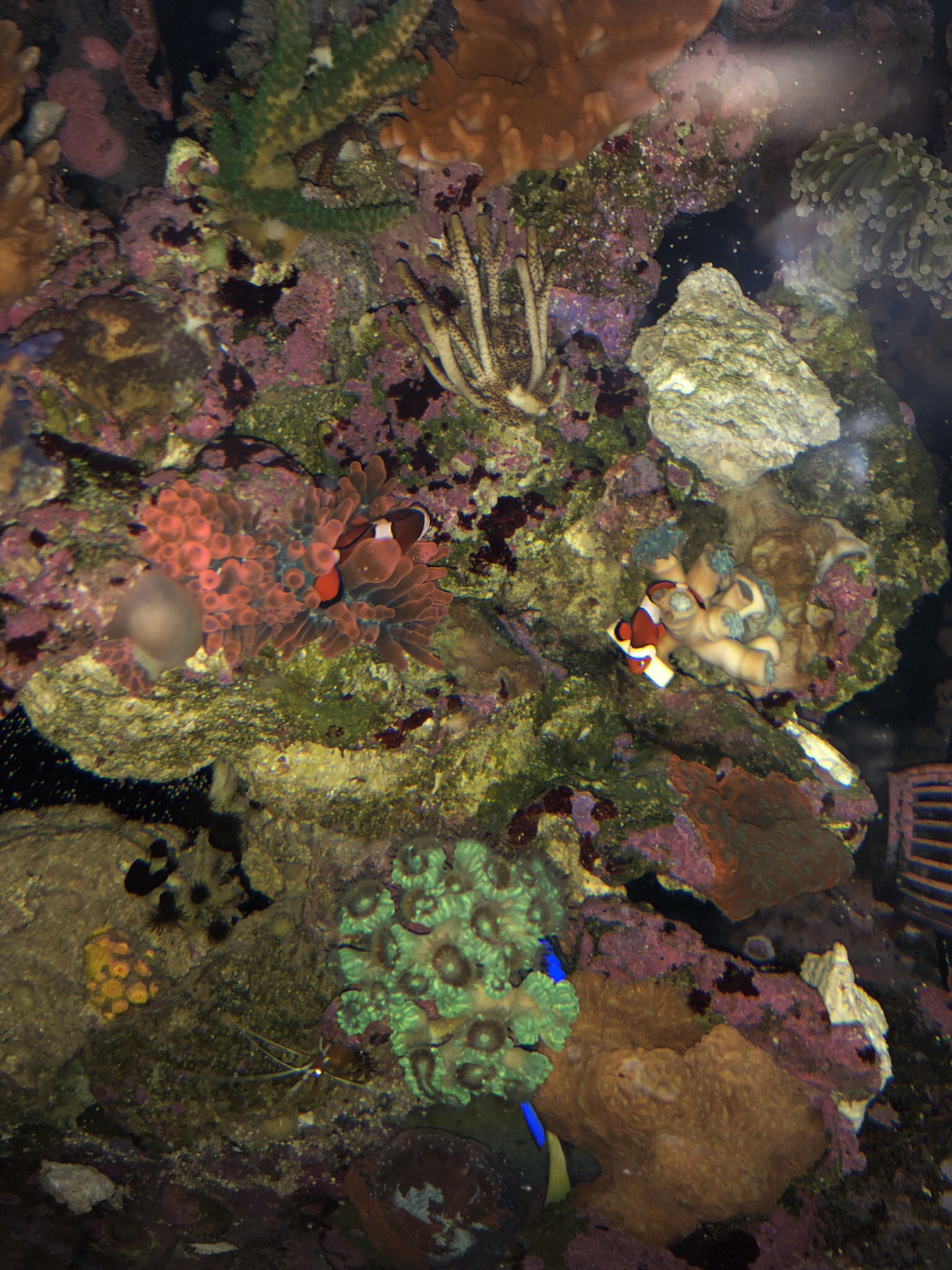 The plan is to remove the Duncan once they had laid eggs there for a month. When they lay a fresh batch next week I’ll move the Duncan and pray that they host the BTA’s and not my gold torch again.

I also swapped the sides of the protein skimmer and fuge. I am sick of having the clean chaeto out of the skimmer pump every 2 weeks. It seems to be much better now, and I eeked out some more room in the fuge.

I plan to throw 4 lbs of miracle mud in the fuge. Why? Well only because I’ve never tried it and I was to see if this stuff is snake oil for myself.

Here is the one year update video

And a video of my clowns laying eggs

Oh. I also picked up 6 bartletts anthias from AC yesterday. Definitely some aggression already between themselves and from the 6 line.

I knew this could be trouble, but I’m hoping for the best. 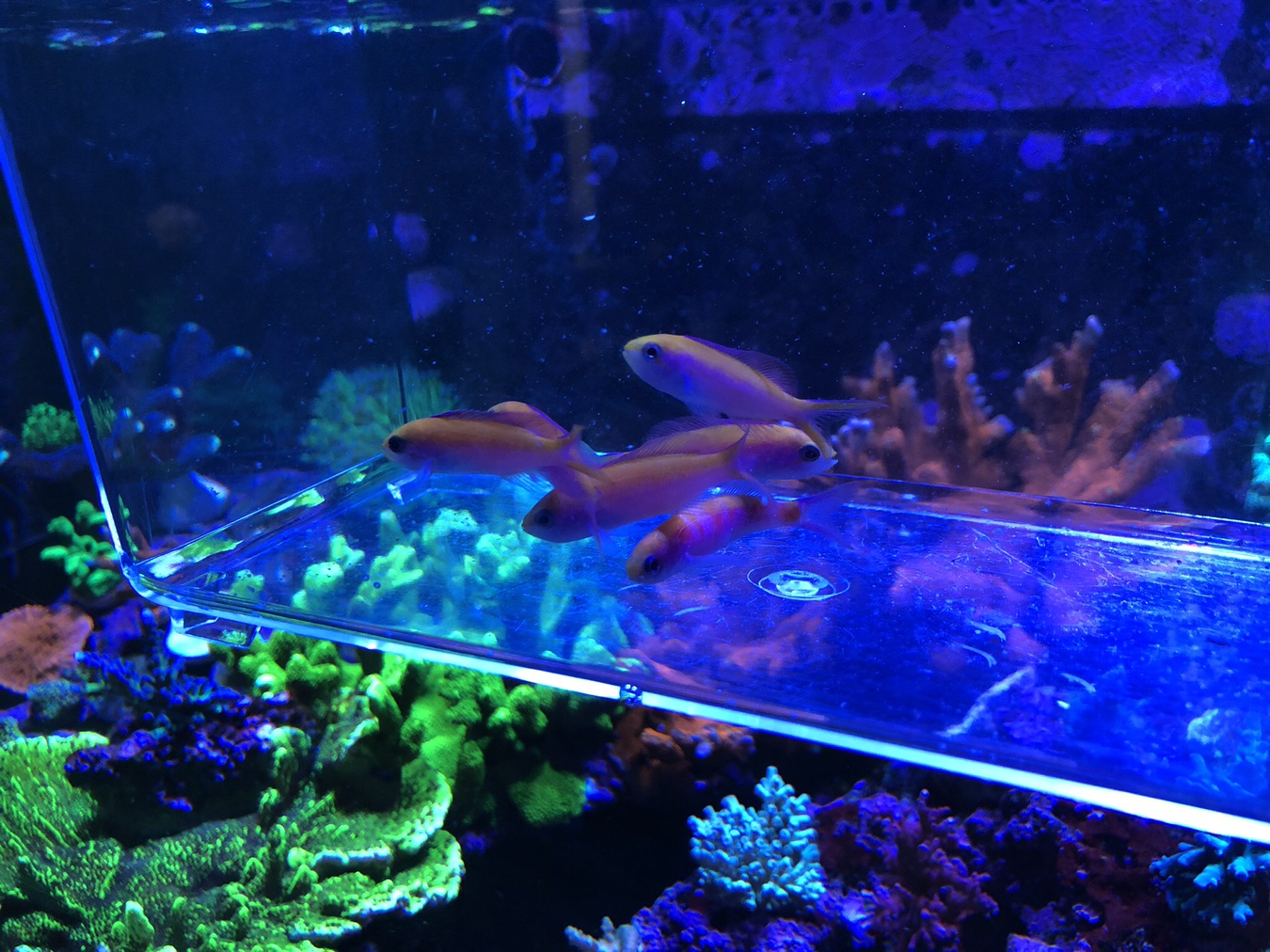 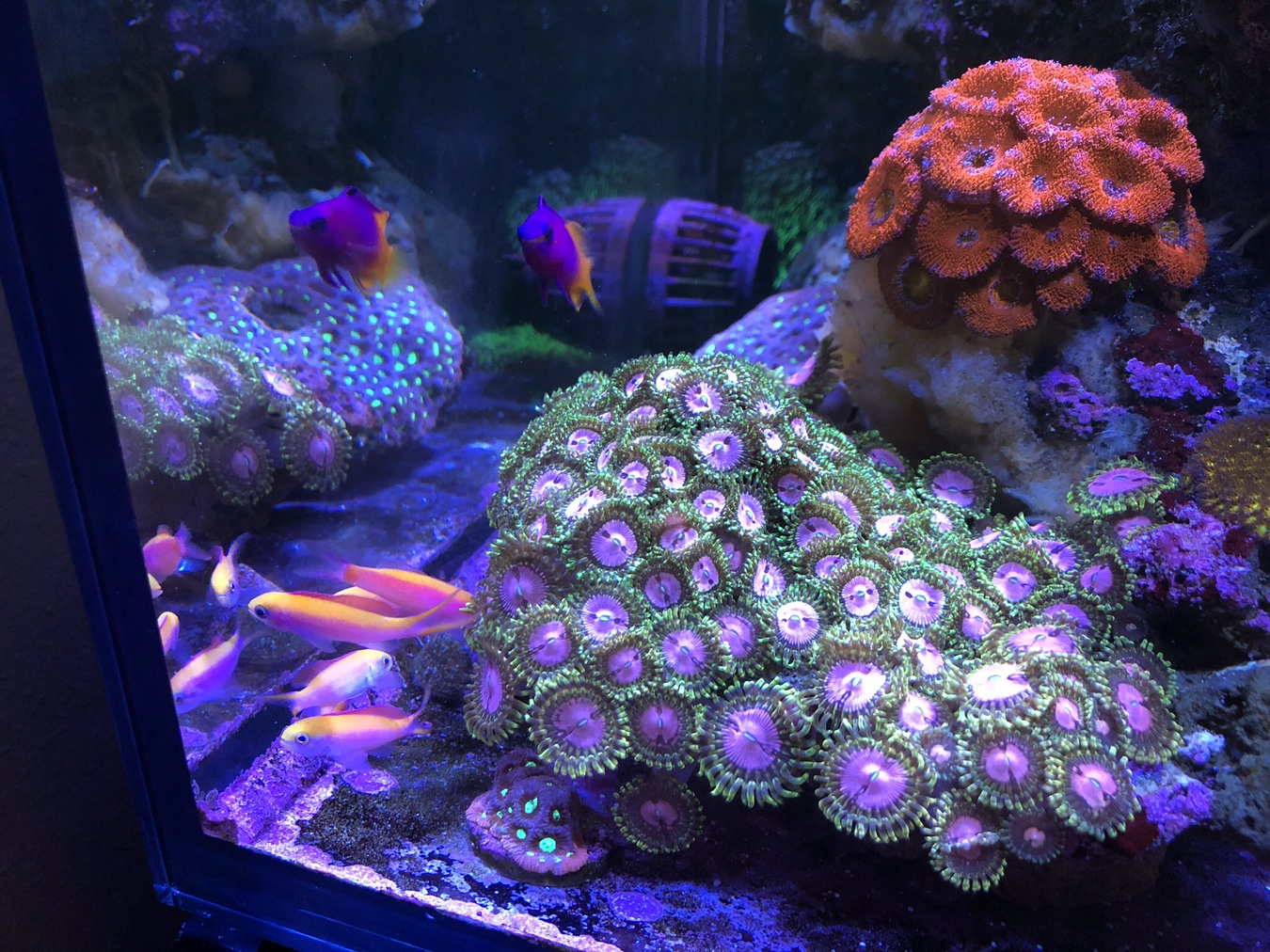 It’s been almost 4 months since I updated this...

I can’t keep macro algae alive so I removed the refugium and added a Clearwater CW50 scrubber. Also moved, removed and added a ton of corals! 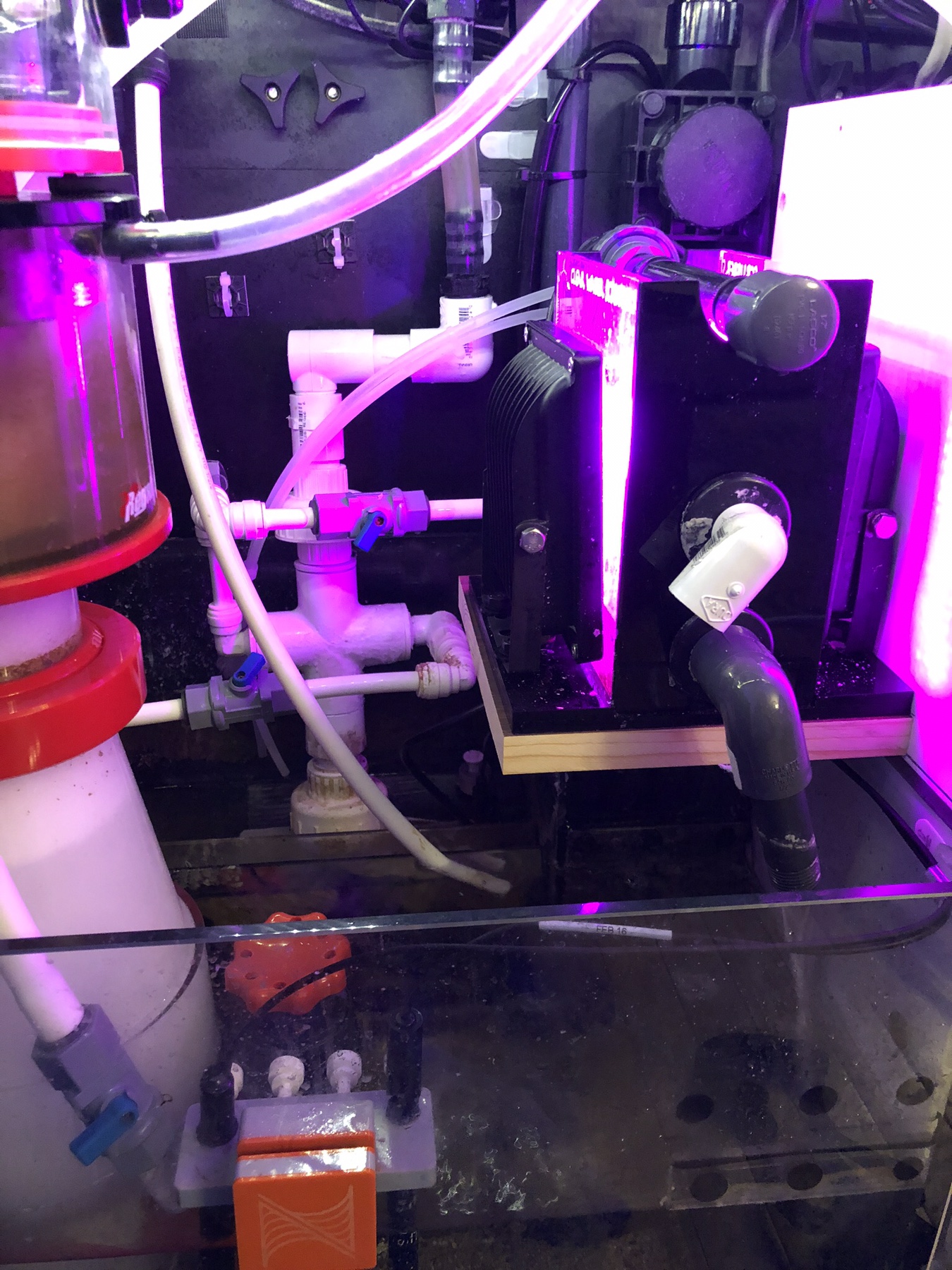 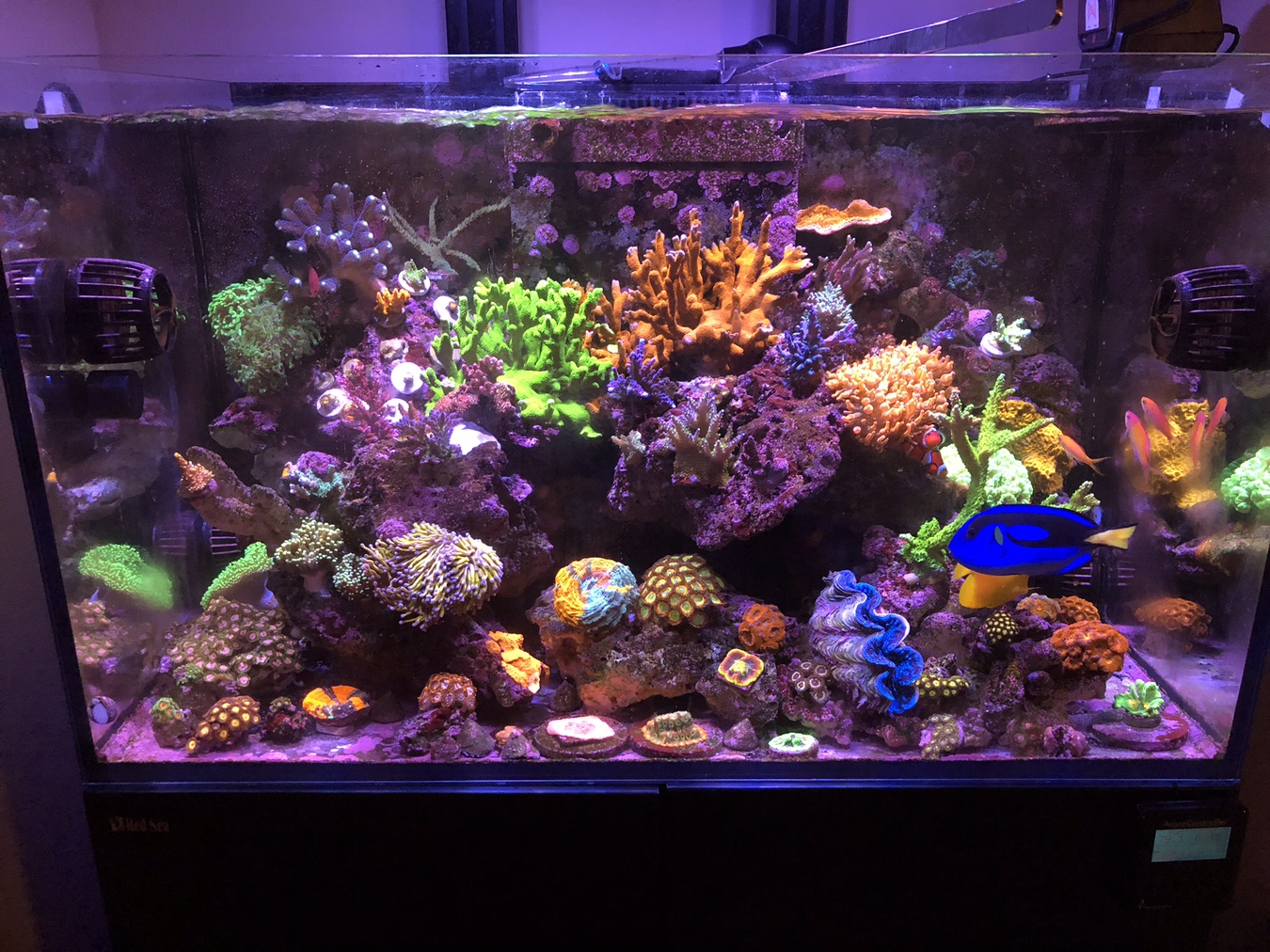 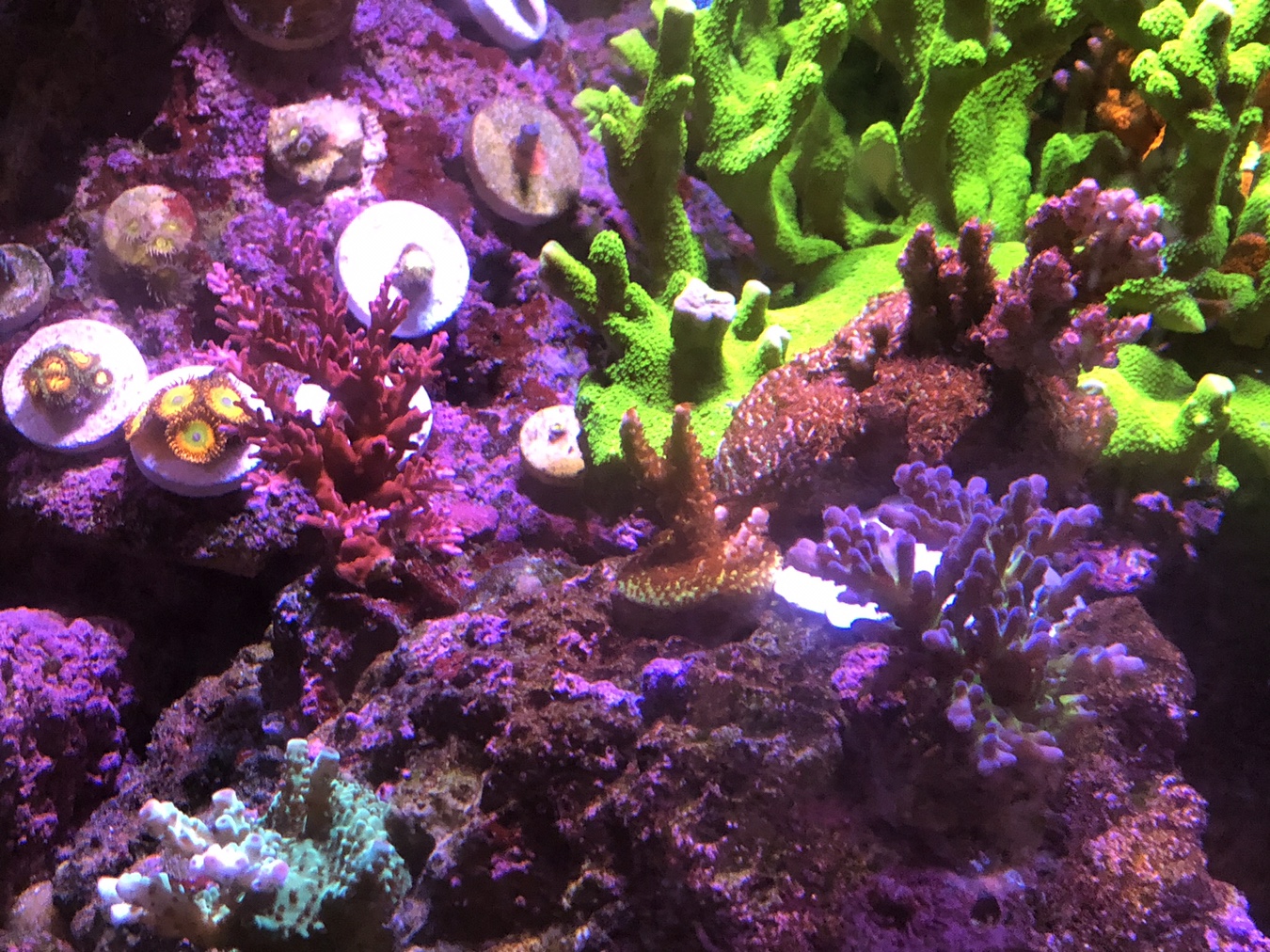 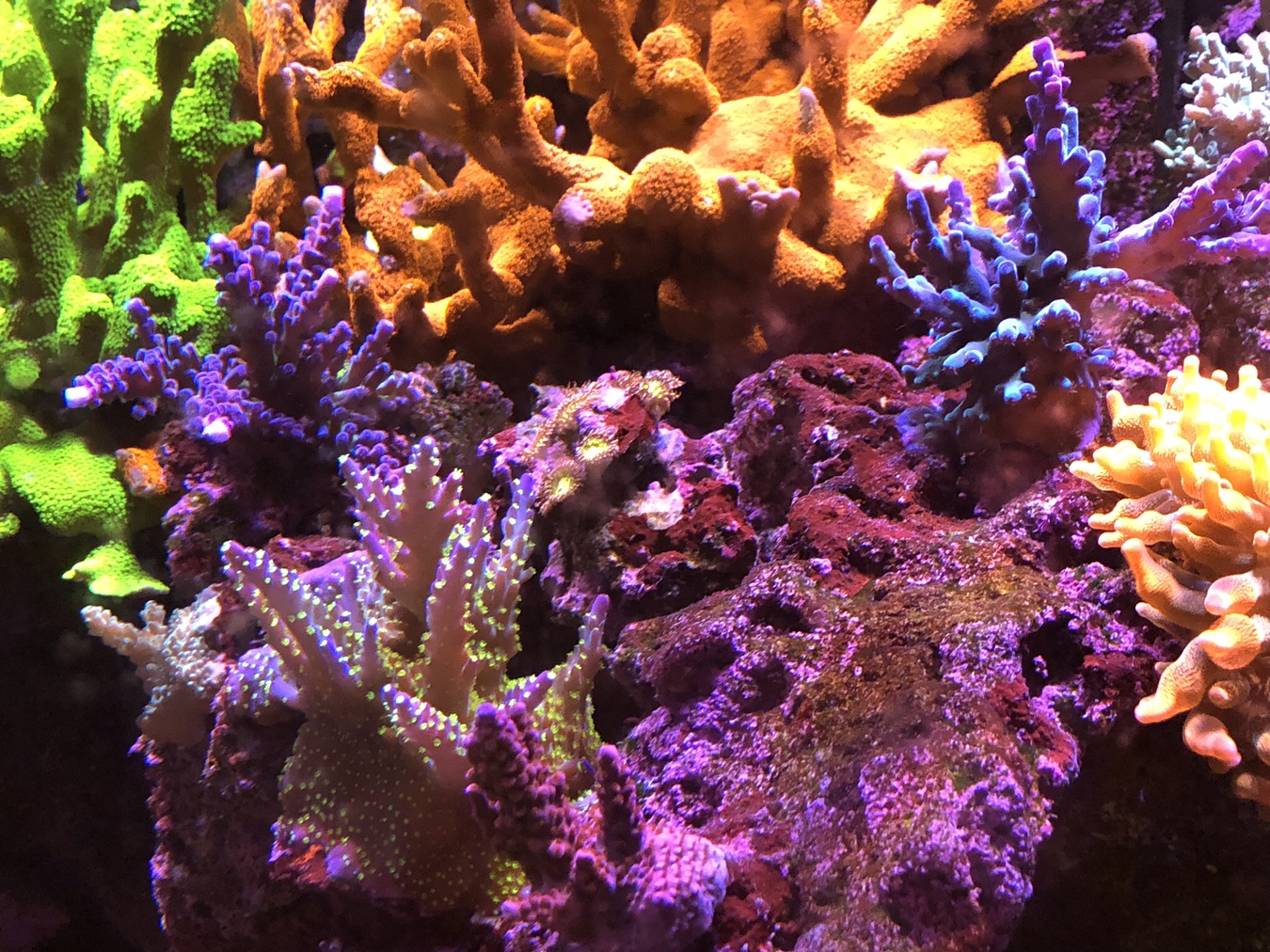 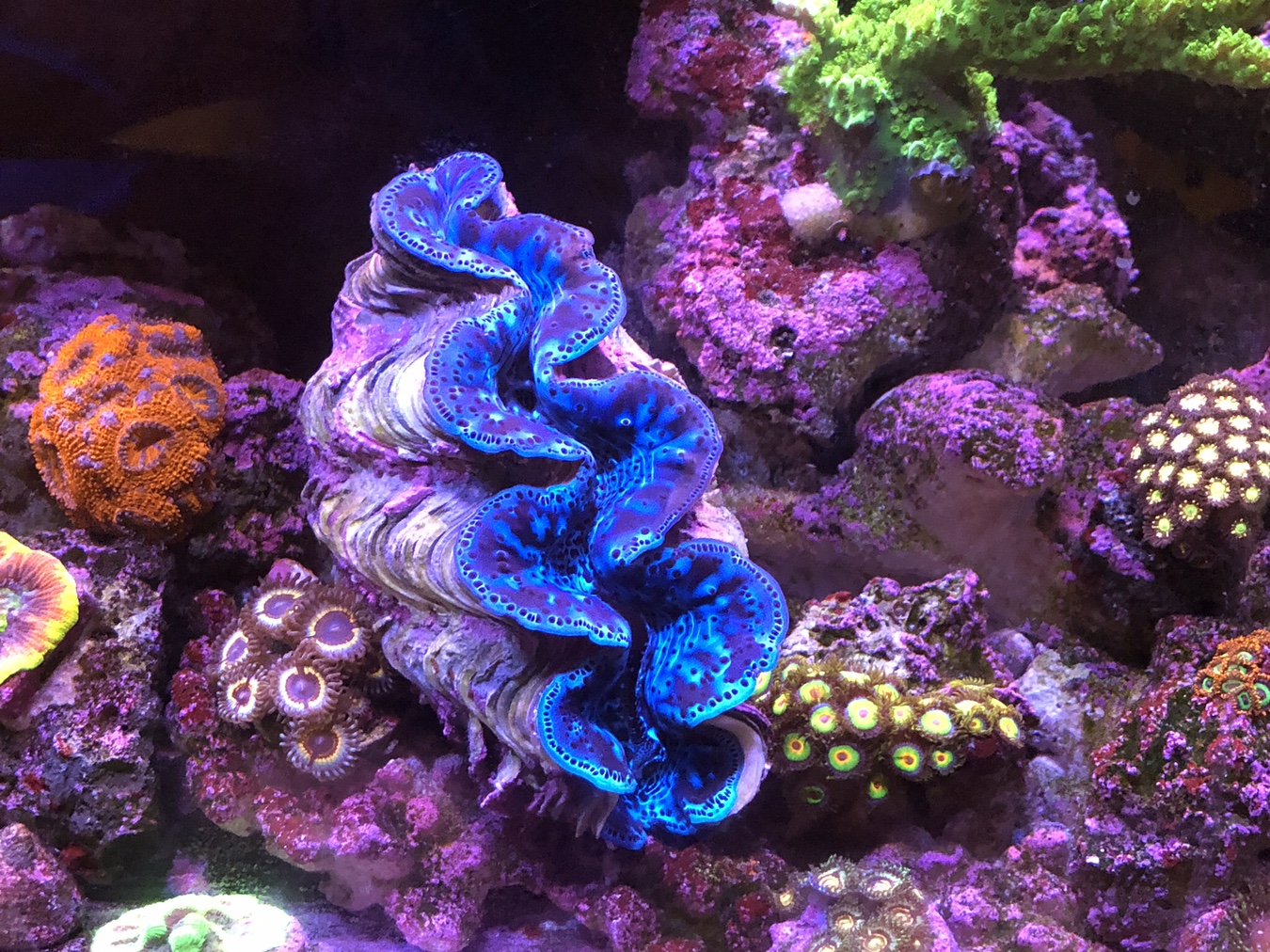 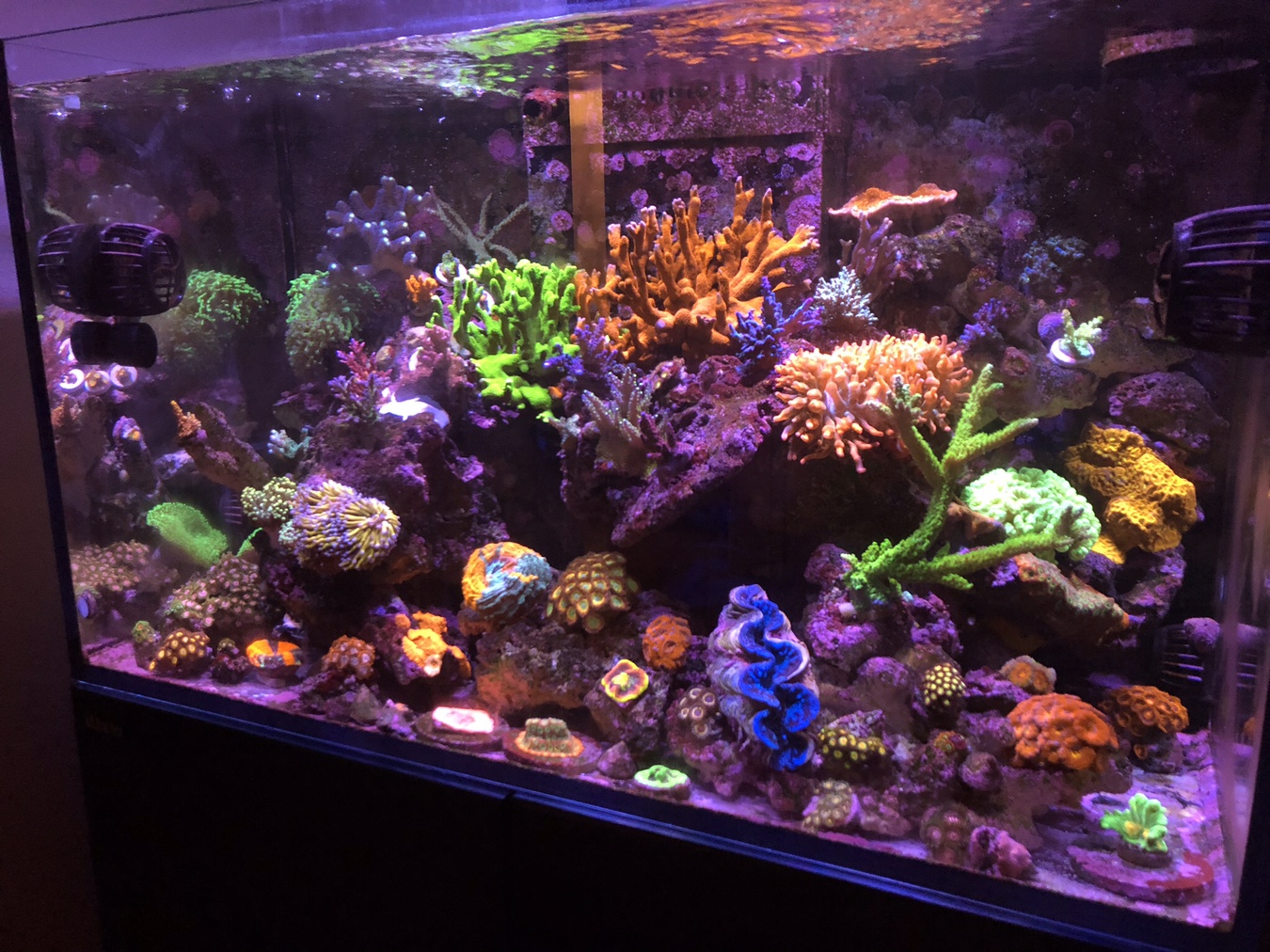 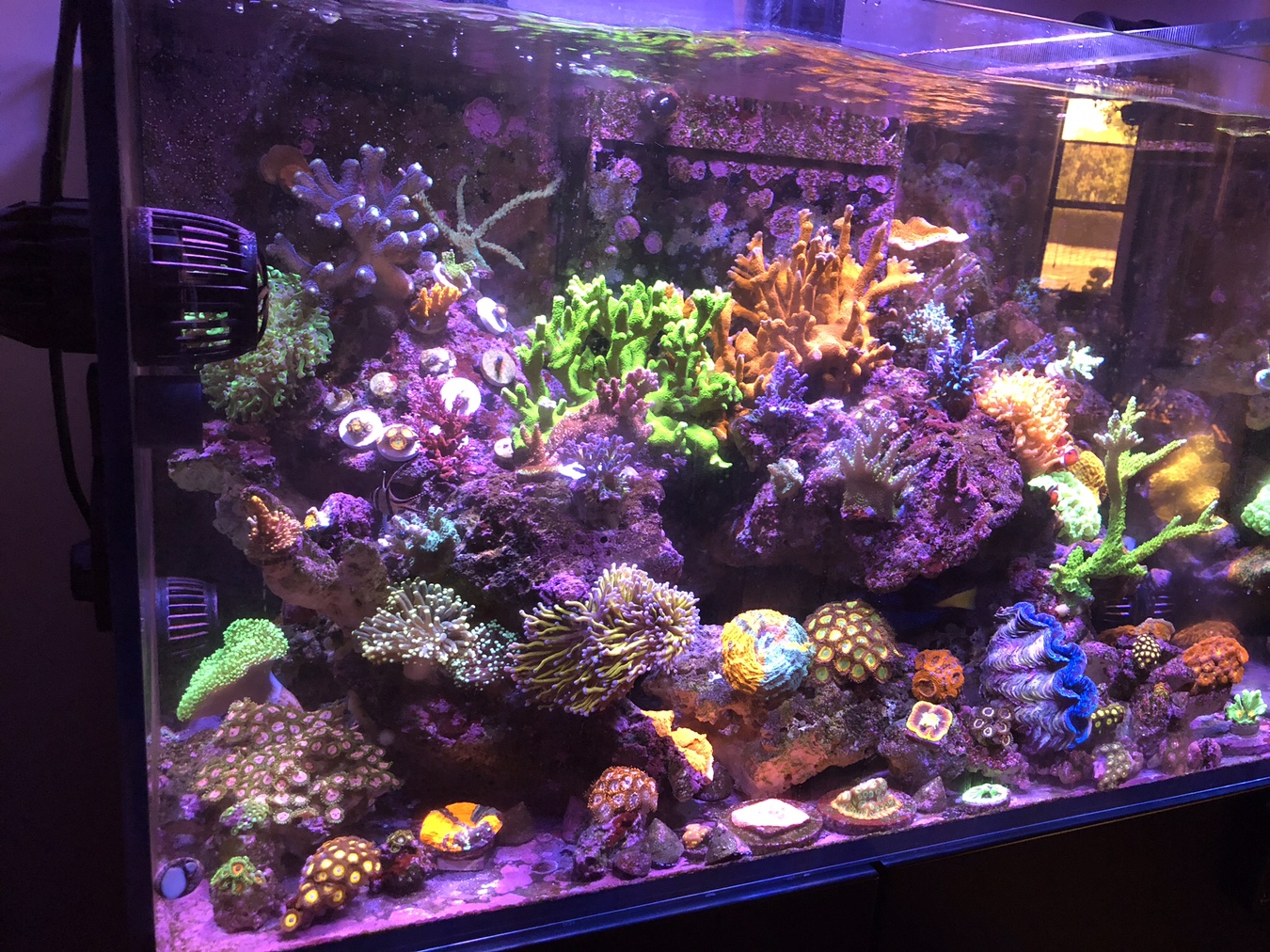 Rostato said:
Also going to shut down my frag tank because I’m too lazy to take care of 2 systems

Spectacular!!! Makes me wonder if I should go bare bottom for my next tank

Sent from my iPhone using Tapatalk

Reefee said:
Spectacular!!! Makes me wonder if I should go bare bottom for my next tank

Sent from my iPhone using Tapatalk
Click to expand...

Doesn’t even look too “bare” right?

You have a tiny bit of open bottom along the back right corner, time for more coral!

First harvest from the scrubber 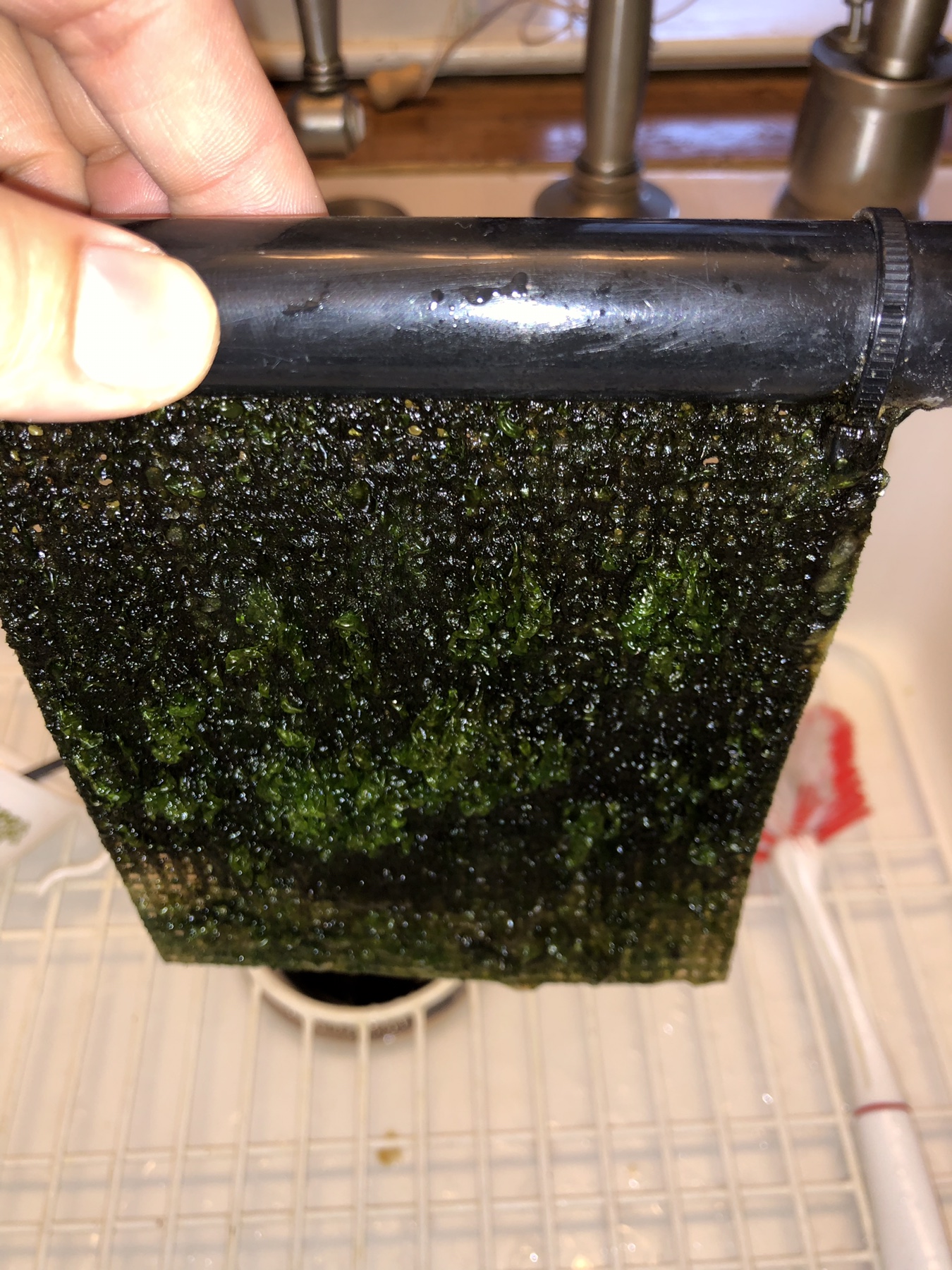 Heres a 24hr time lapse of my lighting schedule

The yellowing in the beginning was the dose of Red Sea Reef Energy.

Staff member
It’s starting to look like one of those tanks where I don’t understand how full it is. That’s a compliment.

Coral reefer said:
It’s starting to look like one of those tanks where I don’t understand how full it is. That’s a compliment.
Click to expand...

Thanks. There’s a lot of room for the actors to grow in as well. I’m hoping that in 2 years it’s really nice.

Second harvest from the scrubber. It’s about 4 times as thick. 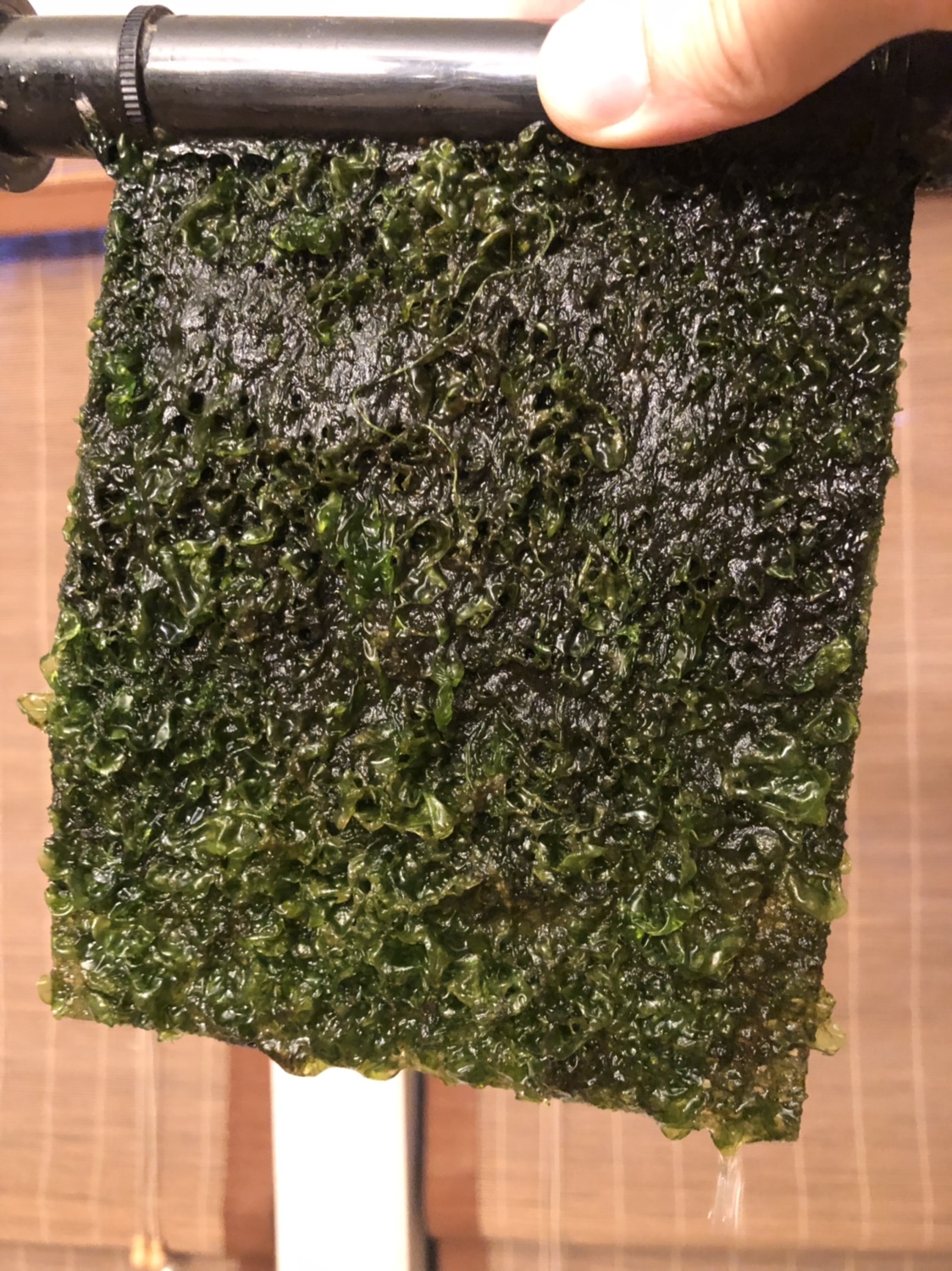 Kill it with fire!

I have no idea how this got in there. So pissed 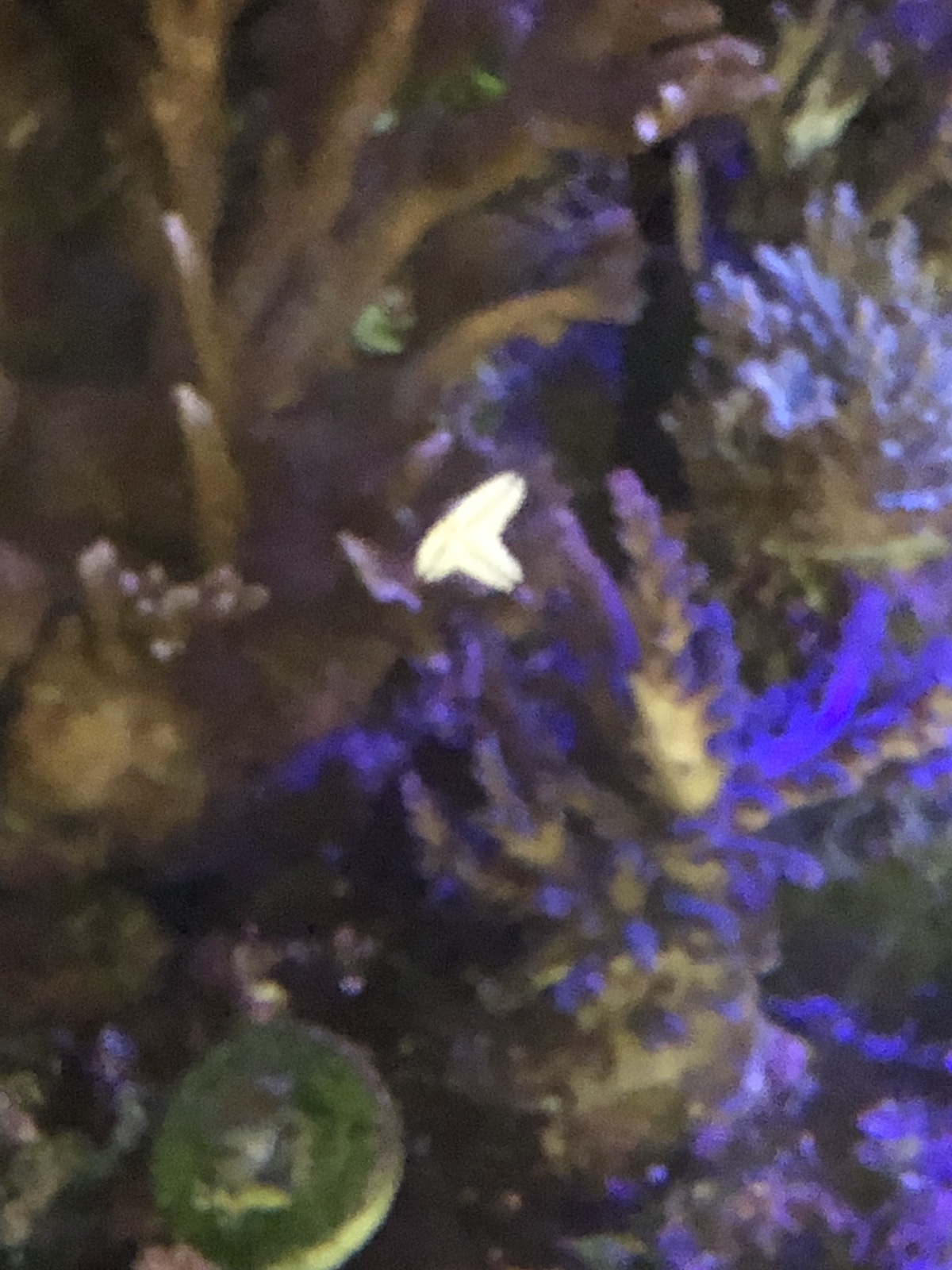 That’s a pretty cool time lapse. Did I see some automatic blinds lowering around sunrise in the reflection? Do you think the tank benefits from the lunar lighting? I always thought the “lunar lighting” from the ap700’s was too bright.